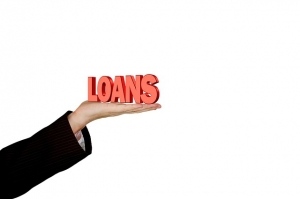 “Under what circumstances, if any, can a 401(k) plan participant with an outstanding plan loan suspend repayments?”

ERISA consultants at the Retirement Learning Center Resource Desk regularly receive calls from financial advisors on a broad array of technical topics related to IRAs, qualified retirement plans and other types of retirement savings and income plans, including nonqualified plans, Social Security and Medicare. We bring Case of the Week to you to highlight the most relevant topics affecting your business. A recent call with a financial advisor from Massachusetts is representative of a common inquiry related to plan loans.

There are just two scenarios under which the IRS will allow a plan to suspend loan repayments of a participant with an outstanding loan: 1) in the case of a leave of absence of up to one year or 2) for the period during which an employee is performing military service [Treasury Regulation Section 1.72(p)-1, Q&A-9(a) and (b) [1]]. Check the terms of the plan document and loan agreement regarding a participant’s ability to suspend loan repayments.

If a plan permits loan repayments to be suspended during a leave of absence, upon return, the participant must make up the missed payments either by increasing the amount of each monthly payment or by paying a lump sum at the end, so that the term of the loan does not exceed the original five-year term.

On July 1, 2018, Adrian borrows $40,000 from her 401(k) account balance under the agreement that it will be repaid in level monthly installments of $825 over five years (by June 30, 2023). Adrian makes nine payments and then starts a one-year, nonmilitary leave of absence. When Adrian resumes active employment, she also resumes making her loan repayments. However, the amount of monthly installment is increased to $1,130 in order to repay the loan by the end of the initial five-year term. Alternatively, she could have continued making the monthly $825 installment payment, provided she repaid the full balance due at the end of the five-year term (i.e., make a balloon payment).

A plan may permit a participant to suspend loan repayments during a leave of absence for military service (as defined in Chapter 43 of Title 38, United States Code). In such cases, the participant will not violate the level payment requirement provided loan repayments resume at the end of the military service, the frequency and amount of payments is not less than what was required under the terms of the original loan, and the loan is repaid in full (including interest that accrues during the period of military service) by the end of the loan term, which is five years, plus the period of military service.  Consequently, the suspension could exceed one year and the term of the loan could exceed five years.

Of additional note on suspensions due to military service, the plan is limited on the rate of interest it may charge on the loan during the period of military service to six percent. A loan is subject to the interest rate limitation if the following are true: 1) the loan was incurred prior to the military service; and 2) the participant provides the plan with a written notice and a copy of the military orders within 180 days after the date of the participant’s release or termination from military service [Service Members Civil Relief Act of 2003 (SCRA) Pub. L. No. 108-189 [2]]. The plan must forgive any interest that exceeds six percent. For this purpose, “interest” includes service charges, renewal charges, fees, and any other charges (except bona fide insurance).

Alternatively, Joshua could have increased the monthly repayment amounts so no remaining balance was due at the end of the term (i.e., June 30, 2025).

Under limited circumstance, plans may suspend loan repayments for participants. Be sure to check the terms of the plan document and loan agreement for specific procedures and requirements.