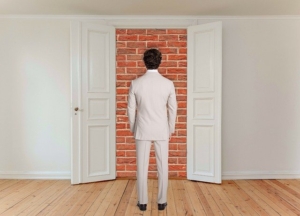 An advisor asked: “Is Congress Closing the Backdoor to Roth IRAs?”

A recent call with a financial advisor from California is representative of a common inquiry related to Roth conversions.

Highlights of the Discussion
Potentially, yes, as well as restricting other Roth conversion strategies. As part of the tentative measures to help fund the proposed $3.5 trillion budget reconciliation package (a.k.a., Build Back Better Act [1] ), the House Ways and Means Committee has suggested, among other tactics, restricting “back-door Roth IRAs,” a popular tax-reduction strategy where individuals convert traditional IRA and/or retirement plan assets to Roth IRAs. If enacted as proposed, after-tax IRA and after-tax 401(k) plan conversions would be eliminated after 12/31/2021. For amounts other-than after-tax (i.e., pretax assets), traditional IRA and plan conversions for taxpayers who earn over the following taxable income thresholds would cease after 12/31/2031:

The buildup of Roth assets can be a source of tax-free income later if certain conditions are met. Ending Roth conversions using after-tax contributions in a defined contribution plan or IRA, and restricting Roth conversions of pre-tax plan or IRA assets would materially limit many taxpayers’ ability to accumulate Roth assets in a tax-free or tax-reduced manner.
You won’t find the phrase backdoor Roth IRA in the Internal Revenue Code or Treasury regulations. Nor is it a specific product, but the industry has known about the phenomena for years. A backdoor Roth IRA is merely a series of transactions or steps an individual can take to have a Roth IRA—regardless of income level. While initially poorly understood and lacking clear IRS guidance, so called “back-door Roth IRAs” have been legitimized over the years by the IRS.

The ability to make a 2021 Roth IRA contribution is phased out and eliminated for single tax filers with income between $125,000-$140,000; and for joint tax filers with income between $198,000-$208,000. Consequently, if a person earns too much, he or she cannot make a Roth IRA contribution directly (i.e., through the front door). But many can still take another route—by converting traditional IRA or qualified retirement plan assets, a transaction that has become known as the backdoor Roth IRA.

Congress repealed any income limitations for Roth IRA conversions in 2010. Consequently, regardless of income level, anyone could fund a Roth IRA through a conversion. For example, if a person exceeds the income limitation for contributions to a Roth IRA, he or she could contribute amounts (deductible or nondeductible) to a traditional IRA based on earned income and, shortly thereafter, convert the contribution from the traditional IRA to a Roth IRA. Similarly, a person with a 401(k)-plan account balance could convert eligible plan assets either in-plan to a designated Roth account (if one exists) or out-of-plan to a Roth IRA through a plan distribution. Assets that are taxable at the point of conversion would be included in the individual’s taxable income for the year. Going forward, earnings would accumulate tax-deferred and, potentially, would be tax-free upon distribution from the Roth IRA. Under the authority of IRS Notice 2014-54 [2], a qualified plan participant can rollover pre-tax assets to a traditional IRA for a tax-free rollover and direct any after-tax assets to a Roth IRA for a tax-free Roth conversion.

Conclusion
Plan participants and IRA owners need to be aware that as part of the 2021 budget reconciliation process, the ability to convert assets to Roth assets may be sunsetting. If revenue-generating provisions of the Build Back Better Act are enacted as currently proposed, Roth conversions of after-tax IRA and after-tax 401(k) plan assets would be eliminated after 12/31/2021; and Roth conversions of pre-tax IRA and plan assets would cease after 12/31/2031.

Click here [3] for an RLC webinar on the proposed changes.