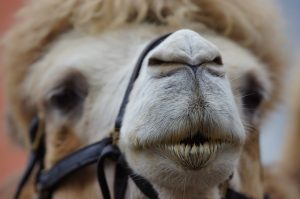 We closed our eyes. We held our breath. June 9, 2017, came and passed, and the new Department of Labor (DOL) fiduciary rules for financial advisors became applicable, albeit subject to a relaxed transition period that runs through July 1, 2019. Gee, it didn’t seem so bad after all. Perhaps the new regulations aren’t the media event many of us made them out to be. Or is there more to the regulations than we realize that will lead to more serious and less desirable consequences down the line. Is there a camel putting its nose under the tent?

Clearly, the new regulations have resulted in broker-dealers implementing significant changes to their platforms, pricing, processes and products. These changes will have long-term effects for consumers, advisors and broker dealers. Originally, the concern over the regulations focused on the application of certain Employee Retirement Income Security Act (ERISA) rules to IRAs and rollover transactions. Under the new rules, previously commonplace transactions, such as recommending a rollover to an IRA, become a prohibited transaction and, potentially, subject to penalty unless an advisor follows an exclusion (e.g., providing education not advice) or the Best Interest Contract exemption (BICE) from the regulations. One immediate impact of these changes for advisors is increased oversight and the need for intensified documentation of IRA-related transactions—in particular—rollovers. One immediate impact on consumers seems to be reduced choice with their IRA accounts.

What about enforcement of the new rules? Well, according to DOL Field Assistance Bulletin No. 2017-02 [1] and the DOL’s extension to the special transition period [2], until July 1, 2019, under a temporary enforcement policy, the DOL will not take any enforcement action against, “… fiduciaries who are working diligently and in good faith to comply with the fiduciary exemptions.” Likewise the IRS will not IRS will not apply § 4975 and related reporting obligations with respect to any transaction or agreement to which the DOL’s temporary enforcement policy applies. But, I am less concerned about the DOL and IRS, and their enforcement and reporting initiatives. The good news regarding federal-level initiatives, whatever they may be, is that they create a level playing field applicable to all players in essentially the same manner.

No, my concern with the new regulations is not at the federal level but rather at the state level. Under the regulations “state camels” may be placing their noses under the retirement tent. What could possibly go wrong? Before we explore the new state level issues let’s review the traditional ERISA and the Internal Revenue Code (IRC) enforcement environment.

The Federal venue offers several significant advantages. Federal law is uniformly applicable in all 50 states: One set of rules; one level playing field. In general, Federal rulings result in consistent interpretation (usually!) of the applicable laws. Next, Federal litigation is expensive. This means the issues brought forth are usually legitimate and not frivolous. Litigation occurs with significant issues when the plaintiffs believe they have a winnable case.

How are states able to become involved in retirement enforcement and litigation? Let’s examine how the regulations bring state courts into the retirement arena. Recall many IRA providers and advisors will utilize the BICE to avoid prohibited transactions. The BICE is a contract between the client (e.g., an IRA owner) and the advisor or other service provider. Contract law is based at the state level. Thus, if a plaintiff believes the advisor, provider, etc., has violated one or more elements of the BICE contract he or she can seek relief in state court. As the rule stands today, a BICE contract is enforceable under state law, and must provide for the right to sue in a class action.

I would argue the States are not well versed in, nor facile with, the complexities of the Federal retirement regulatory environment. At a recent conference, one of the speakers was the official responsible for launching a state-run retirement program for small businesses. This state program requires most small businesses to offer a Roth IRA retirement program to employees. Again, this was an IRA-based program. I was, honestly, appalled at the official’s lack of insight and understanding of IRA programs, retirement plans and retirement regulations. Perhaps this is unfair of me, but I don’t see why states should commit resources to an area where the federal government and its agencies have done a credible job with enforcement and the protection of workers and their retirement benefits and rights. Another level of enforcement will simply increase costs that ultimately are paid by investors. I fail to see the benefit or the need for this new level of enforcement.