The Retirement Learning Center is the independent thought leader in the retirement savings and income space. We provide multi-dimensional educational solutions, content development resources, and consulting expertise to the financial services marketplace to help firms establish and grow their retirement business. 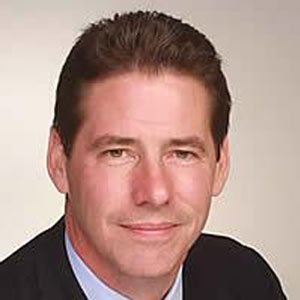 John Carl is Founder and President of Retirement Learning Center, the nation’s preeminent thought leader on retirement issues. He is also the Executive Director of the PLANSPONSOR Institute, the education and training arm of PLANSPONSOR, as well as founding lecturer for The Retirement Advisor University (TRAU) at UCLA Anderson School of Management Executive Education. John serves on the Government Affairs Committee for the National Association of Plan Advisors. As the “advisor to the advisors,” John is a highly sought after industry insider who travels the country educating groups of financial professionals on the very latest in retirement legislation, forecasts, and developments affecting the industry.

A 25-year veteran of the retirement industry, John’s extensive experience includes running Alliance Capital’s Defined Contribution initiative and directing Global Product Management for the firm. He created and managed the state of Rhode Island’s 529 savings plan, CollegeBoundFund®. John has also operated as a successful branch and regional sales manager for Prudential Securities and as an independent financial advisor.

John has been featured on CNBC, CNN, Forbes, ABC News, The Wall Street Journal, USA Today, and CBS MoneyWatch.com.  John released his first book in 2009, Retirement Resource Guide: Essential ERISA Education & Best Practices for Financial Advisors, which has won multiple APEX Awards for publishing excellence and serves as the basis of continuing education workshops for financial advisors and CPAs.  It is now in its eighth edition. John is a graduate of Lehigh University, and has completed Executive Continuing Education coursework at Columbia University.  John is based in New York, and directs the firm’s consulting and content operations in Brainerd, MN. 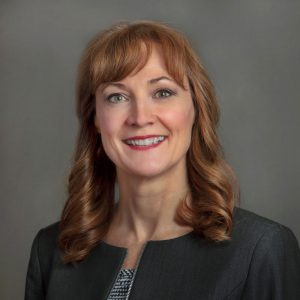 In 2004, she left BISYS to join PLANSPONSOR Institute, and eventually Retirement Learning Center (RLC), in the role of Director of Educational Content.  Jenny regularly contributes articles to various industry publications and newsletters, and has served on several advisory boards for professional certification programs related to the retirement services industry.  She is co-author of RLC’s book, Retirement Resource Guide:  Essential ERISA Education & Best Practices for Financial Advisors, winner of multiple APEX awards for communication excellence. She received her Juris Doctor in 2016, with an emphasis on ERISA law.  She holds BA degrees in Communications and Anthropology from Luther College, and has completed graduate work in education at Bemidji State University in Minnesota. She maintains the PLANSPONSOR Retirement Professional designation from PLANSPONSOR Institute, and the Certified IRA Services Professional and Certified Retirement Services Professional designations from the Institute of Certified Bankers. 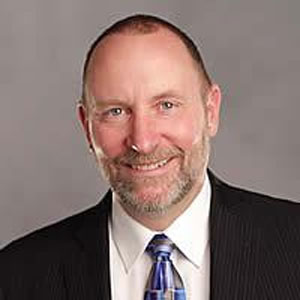 With 35 years of experience in the financial services industry, Andy is a respected authority, frequent lecturer and author on industry topics. Andy’s background includes managing and consulting with major recordkeeping platforms, extensive product design for plan sponsors and advanced sales support for intermediaries who work with plans. Read More

As a retirement industry executive, he ran the recordkeeping and consulting practice for Universal Pensions, Inc. (UPI), and headed the BISYS Corporate University. He has served as an adjunct professor for the Central Lakes College system in Minnesota, and provides expert witness services on numerous industry topics. Andy is co-author of RLC’s book, Retirement Resource Guide:  Essential ERISA Education & Best Practices for Financial Advisors. He is a graduate of the University of St. Thomas in St. Paul, Minnesota, and maintains a Certified Pension Consultant (CPC) designation from the American Society of Pension Professionals and Actuaries. 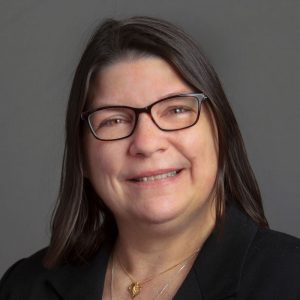 When UPI entered the 401(k) daily valuation market, Missy supervised a team in the compliance testing department, and later was promoted to manager of the compliance testing department, overseeing several teams that were responsible for providing compliance testing and Form 5500 services for approximately 4,500 employers. When UPI was acquired by BISYS, Missy took on the role of ERISA Consultant, where she prepared document reviews, responded to ERISA technical questions, assisted clients with plan compliance issues, and oversaw a team that prepared complex employer compliance testing and contribution calculations. Missy earned a BA degree in Business Administration from San Jose State University, and maintains a Qualified Plan Administrator (QPA) designation from the American Society of Pension Professionals and Actuaries. 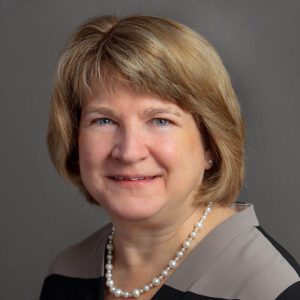 Joining the Retirement Learning Center in 2010, Cathy Bourassa has more than 17 years of experience in the retirement industry. She began her career at Universal Pensions, Inc. (UPI) in 1999 as a Compliance Specialist in the compliance testing department, preparing compliance testing and Form 5500 services for employer-sponsored plans. Read More

Cathy quickly moved into a Senior Compliance Specialist position in the department overseeing the training of new staff and the preparation of compliance testing, Forms 5500 and employer calculations.  When BISYS bought UPI, Cathy took a position in the Information Service Group with a primary focus of explaining compliance testing and Form 5500 preparation to plan sponsors. In 2005, Cathy became an ERISA Consultant where she prepared document reviews, responded to ERISA technical questions, conducted training classes and assisted clients with plan qualification issues and corrective calculations. As an ERISA consultant at Ascensus (formerly BISYS), Cathy helped plan sponsors complete correction programs to bring their plans back into compliance with the IRS and DOL regulations. This included submitting plan corrections to the IRS under the Voluntary Correction Program (VCP) and preparing submissions to the DOL under the Voluntary Fiduciary Correction Program (VFCP). Cathy maintains a Qualified 401(k) Administrator (QKA) designation from the American Society of Pension Professionals and Actuaries. 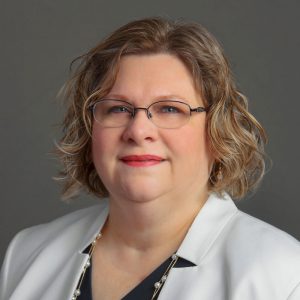 Judy began her career in the retirement plans industry with Coopers & Lybrand, LLC (C&L) in Minneapolis, Minnesota in 1993 as an associate in the Human Resources Advisory Group. At C&L, she wrote and designed employee education materials for clients, as well as created tools for open enrollment for health and welfare and retirement plans. Read More

In 1997, Judy relocated to Brainerd, Minnesota to take a consulting position with Universal Pensions Inc. (UPI). At UPI, she answered 1-800 calls for IRAs and qualified plans, wrote and edited educational materials for financial organizations, created lobby brochures on a wide variety of IRA related topics, did research and writing for fee-for-service consulting engagements as well as for internal training, and wrote help text for online calculators and articles for the IRA Reporter and Retirement Plans Bulletin. She holds a BA in Spanish Literature with a minor in Foreign Studies with an emphasis on Latin America (Summa Cum Laude) from the University of Minnesota, Twin Cities and has passed all exams for the CEBS designation, as well as the QKA designation through ASPPA. 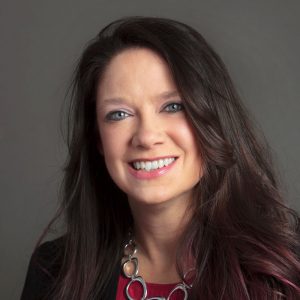 Lori has over 16 years of experience in strategic retirement services roles.  She started her career at Universal Pensions, Inc., (UPI) in 1998 as a client relations representative, and rapidly advanced within UPI. She moved to a Business Development position where she was responsible for supporting financial advisors and alliance partners regarding their retirement plan business, by providing plan setup and conversion assistance. Read More

In 2000, she was promoted to a supervisory position where she oversaw the Business Development desk and participated in client presentations with financial advisors. Following UPI’s sale to BISYS, she continued to manage the Brainerd, MN location of the BISYS Sales Desk and acted as an Internal Wholesaler, assisting the BISYS Regional Vice Presidents with sales and marketing support, in addition to delivering plan studies, design illustrations, consulting sales initiatives and product-based campaigns for financial advisors and retirement service professionals. 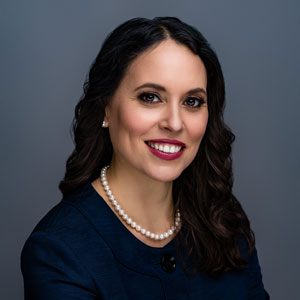 Elizabeth has over 13 years of combined experience in the HR/Payroll, Defined Benefits, and 401(k) industries. In 2009, she began her career in client administration at Fidelity Investments in the large market HR/Payroll department. She then transferred to defined benefits, first working in customer service and transitioning into operations soon after. Read More

Her accomplishments included collaboration initiatives with other departments to improve task resolution and serving as the “Voice of the Customer” ambassador for her operations site in 2013. Several years later, Elizabeth resumed her retirement industry journey at OneAmerica as a plan manager on the 401(k) side. It was there that she earned her ASPPA and NTSA credentials. She started working with small market clients and later progressed into supporting tax-exempt and governmental plans as a senior plan manager. Elizabeth holds a BA in Spanish from the University of Alabama at Birmingham. She maintains certifications in Qualified 401(k) Administrator (QKA®), Qualified 401(k) Consultant (QKC), Qualified Pension Administrator (QPA), And Tax-Exempt and Governmental Plan Consultant (TGPC).
Scroll to top