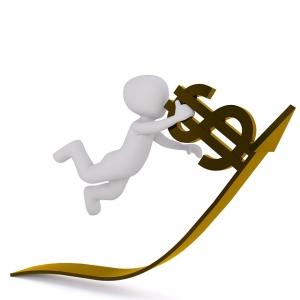 A recent call with a financial advisor from Tennessee is representative of a common inquiry related to plan amendments.

In the question at hand, since there are no requirements to receive the profit sharing contribution, anyone who has completed an hour of service for the year has accrued a right to any profit sharing allocation the sponsor may or may not make for the year.

Similarly, suppose the plan required 501 hours of service to receive a contribution. The sponsor would only be able to change the allocation method up until the date on which the first participant works his/her 501st hour for the year. After that point, changing the method would eliminate a right the participant has already earned according to TAM 9735001.

Of course, a plan sponsor has the right to amend the plan’s contribution formulas on a prospective basis.

It’s always very important to check the plan document for contribution eligibility requirements. A plan amendment cannot decrease the accrued benefit of any plan participant. The right to receive a contribution under a defined contribution plan’s existing allocation formula is protected once the participant has a protected allocable share of the contribution.

Article VI of the Plan deals with accounts and allocations. Section 6.3 provides that the contribution to the Plan (including forfeitures occurring during the plan year) for any plan year shall be deemed to have been made as of the last day of such plan year and shall be allocated to the trust fund and apportioned among and credited to the accounts of those participants who are employed on said date, in the ratio that each participant’s compensation bears to the aggregate compensation of all such participants.

Section 401(a) prescribes the qualification requirements for a trust forming part of a stock bonus, pension, or profit-sharing plan. Under §1.401-1(b)(1)(ii), a profit-sharing plan must provide a definite predetermined formula for allocating plan contributions among participants. Under §1.401-1(c), qualified status must be maintained throughout the trust’s entire taxable year.

Section 411(d)(6)(A) generally provides that a plan will not be treated as satisfying §411 if the accrued benefit of a participant is decreased by a plan amendment. Under §411(a)(7)(A)(ii) and §1.411(a)-7(a)(2), in the case of a defined contribution plan, “accrued benefit” mean the balance of the employee’s account held under the plan.

Under §1.411(d)-4, A-1(a), §411(d)(6) protected benefits, to the extent they have accrued, are subject to the protection of §411(d)(6) and, where applicable, the definitely determinable requirement of §401(a). Accordingly, such benefit cannot be reduced, eliminated or made subject to employer discretion, except to the extent permitted by regulation.

Section 411(d)(6) was added to the Internal Revenue Code under Title II of the Employee Retirement Income Security Act of 1974 (“ERISA”). Title I of ERISA provides an identical provision to §411(d)(6) at §204(g), which was enacted at the same time and has been interpreted in participants’ suits challenging employer plan amendments. Several ERISA §204(g) cases involve plan amendments that were retroactively effective and that changed the valuation date used in determining the account balance of a terminated employee under the plan. In Pratt v. Petroleum Production Management, Inc. Employee Savings Plan & Trust , 920 F.2d 651 (10th Cir. 1990), and Kay v. Thrift and Profit Sharing Plan for Employees of Boyertown Casket Co. , 780 F.Supp. 1447 (E.D. Pa. 1991) the courts addressed such plan amendments.

In Pratt , the petitioner separated from service at a time when the plan provided that a separated participant was to receive his vested interest in his account valued as of the next preceding valuation date, which was defined as the last day of the plan year. However, before Pratt received his distribution and subsequent to the applicable valuation date (as defined under the terms of the plan when he separated, i.e., prior to the adoption of the amendment) a plan amendment was adopted that permitted interim valuation dates as necessary to account for a material change in the value of trust assets. Stocks that were a part of Pratt’s account had seriously declined in value in the time period between the original valuation date and Pratt’s separation date (and the new interim valuation date under the amended plan). The district court granted Pratt relief on the basis of both ERISA §204(g) and under ERISA §502(a), breach of contract. On review, the appellate court noted that a participant’s accrued benefit in an account-type plan consists of the participant’s account balance. The appellate court looked to the terms of the plan prior to the adoption of the amendment when Pratt separated to ascertain his vested rights and how his account balance should be valued. The appellate court affirmed the district court’s decision, stating that the retroactive amendment, under these circumstances, reduced Pratt’s accrued benefit. Thus, the amendment was precluded by ERISA §204(g).

Kay differs from Pratt in that the retroactive amendment made on December 22, 1987, changing the valuation date from September 30, 1987 (as defined under the terms of the plan when Kay separated from service) to October 30, 1987, was made before the September 30, 1987 valuation was completed. Citing Pratt , the court held that the plan administrator was required to determine the value of Kay’s accrued benefits in accordance with the terms of the plan at the time of Kay’s termination, and that retroactive application of the amendment permitting interim valuation dates violated §204(g) of ERISA. The effect of this holding is that Kay’s ERISA-protected accrued benefit was his account balance determined as of the original valuation date, even though the valuation of his account as of that date had not actually been made at the time the plan was amended.

In the case of a defined contribution plan, an employee’s accrued benefit is the balance of the employee’s account held under the plan. With respect to the employer’s contributions, it could therefore be argued that §411(d)(6) protection applies only to amounts actually credited to the participant’s account. However, the accrued benefit includes amounts to which the participant is entitled under the terms of the plan, even though the bookkeeping process of crediting those amounts to the participant’s account has not actually occurred.